Richard Jones was crowned champion in front of a capacity crowd and a prestigious music industry judging panel at The NEC in Birmingham on Saturday night. His original song called “Temptation” won over the music competition industry judges making him the overall winner of Open Mic UK.

The music competition is brought to you by Future Music – the company behind the discovery of artists such as such as Jacob Banks, Warner Music’s Birdy, Columbia Record’s Lucy Spraggan, Union J’s Jaymi Hensley and Jahmene Douglas, both of which are now signed to Sony Music, and TeenStar competition winners Luke Friend and Emily Middlemas.

After impressing the judging panel at the auditions, Richard Jones battled against more than 9,000 acts who entered for Open Mic UK this year across the UK. He went on to perform in the Open Mic UK live showcases, battling through both Regional and Area Final heats to make it to the national Grand Final.

Richard Jones has now won a comprehensive consultation package with Future Music, an extensive winner’s publicity package, and an amazing £5,000 to spend on the development of his music. On winning the prizes Richard said, “Since I’ve only been singing for a year it’s quite cool to be the winner of Open Mic UK.”

Chris Grayston, Head Judge and Director of Future Music has said, “Richard Jones has been a stand out act throughout the Open Mic UK competition. His original songs and emotive performances make him a clear winner!” click here for more information about the Open Mic UK music competition Winner .

Future Music is also about to start auditions for TeenStar which you can find more information and enter TeenStar now. Along with a brand new Future Music Songwriting Competition which is specifically for songwriters of any age and genre. To find out more go to: www.songwritingcompetitionuk.com.

Set to be the ‘voice of 2015’, Si Cranston is an artist on the rise. Compared to classic artists such as Jackie Wilson, he melds swing and pop into his on original songs with great aplomb and is picking up some real momentum at the moment. New single ‘Never Gonna Let You Go’ is a typical, upbeat track with a real sense of fun – it’s out now.

With an album on the way later in the year, songwriter Michael Armstrong is a songwriter who is relatively late to bloom. He’s already had careers that have come and gone, and has grown up with a deep love of music as a sideline, more of a hobby it seems.

However, when life got in the way of his most recent business venture, Armstrong decided to explore his love of music further, and discovered that he had a knack for writing songs people could empathise with. The initial fruit of that labour will be the self-titled album this spring, but that’s preceded in March by his first double A side single.

Two contrasting songs that do a good job of showing – at this early stage – that Armstrong is able to turn his hand to different styles and moods, the single will feature ‘Back to Work’ and ‘The Radio Years’. The first is perhaps a sideways glace at his former life – getting up early every morning to face the train ride to work, the same every day. The latter is a tribute to his love of music and the songwriters who now inspire him to make his own material. Holding classic songwriters like Bob Dylan, Billy Joel, Paul McCartney and more in such high stead, it lends quite a retro feel to his own writing (you don’t get many proper saxophone solos in mainstream music  these days, that’s for sure).

It’s the kind of music that should hit home to anyone who has a love of great music, or has had to face the daily cycle of work/eat/sleep. And it bodes well for the album that’s on the way.

Keep on top of the latest release info at www.michaelarmstrongmusic.co.uk – and you can catch him live too: 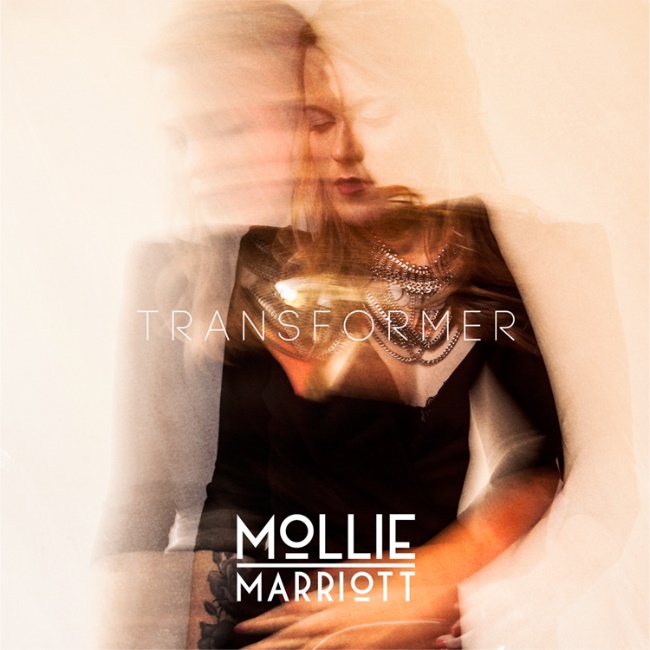 Powerful and lush, ‘Transformer’ is the new single from a new artist who has the potential to break big this year. Mollie Marriott (daughter of Small Faces frontman Steve who tragically passed away in the 90s) is a vocalist who not only has the talent and material (see above) to make a real dent in the industry, but also backing from some of the top names in the country.

Having worked as a backing vocalist to a very high level (we’re talking Noel & Liam Gallagher, Paul Weller, Ronnie Wood and a bunch more), those same people are supporting her in her own push for the role of leading lady.

And it comes as little surprise given the quality of the song above. A ballad with impact without being cliched or cheesy, it’s a song that has great foundations from the start and builds on them, particularly with that chorus. If this is an early indication of what to expect from Mollie Marriott, then this year could mark a breakthrough.

New single ‘Ghostess’ is another treat – get listening and get on board.